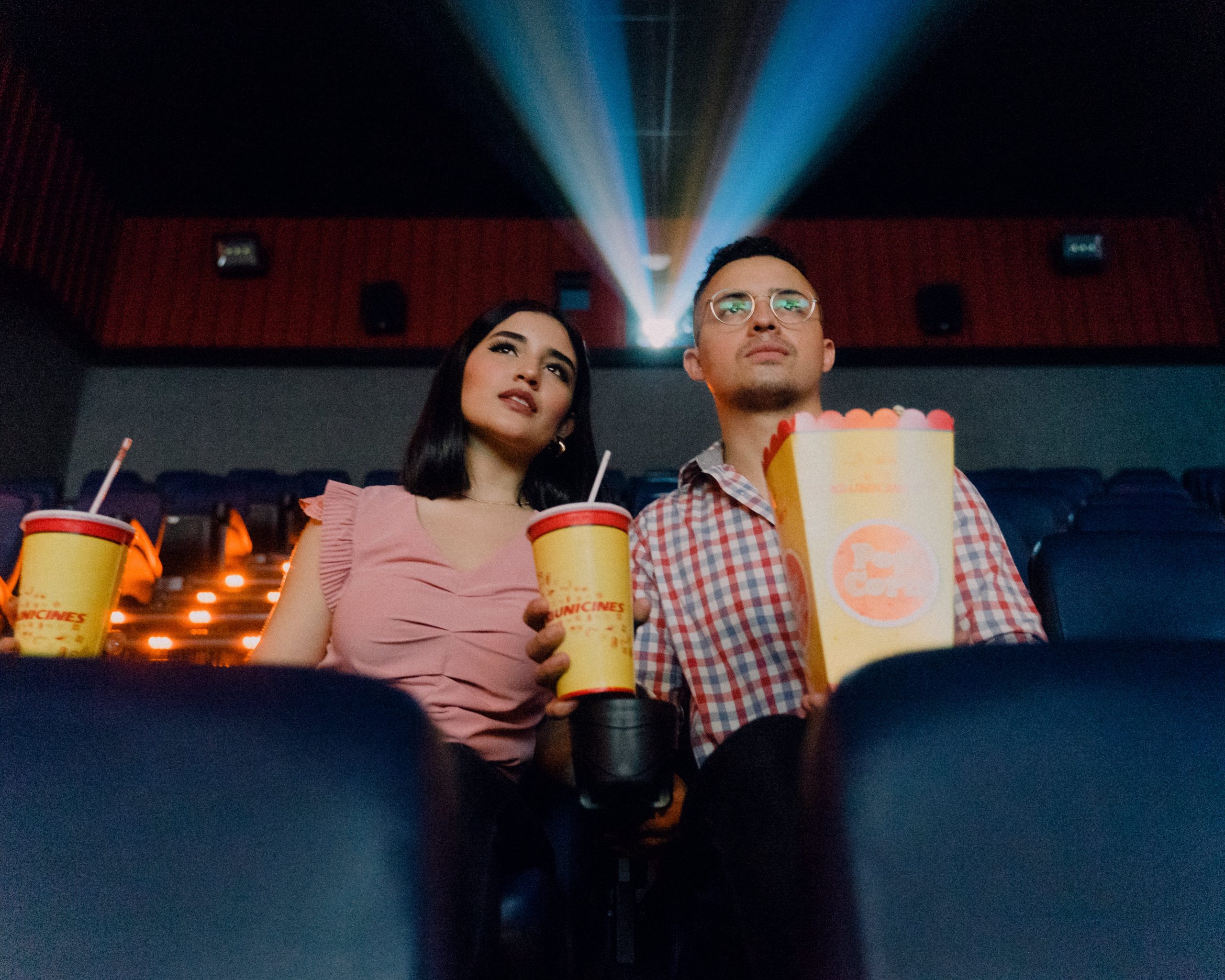 There is something innately awesome about a romantic comedy night with your partner. After all, that’s why romantic comedies on Netflix and Hulu remain popular year after year. Maybe it’s the “feel good” emotions they offer or the nice break from reality they give, but regardless of the why, it’s safe to say that romantic comedies for date night are a great way to connect.

Of course, finding the right movie for you and your boo to watch will be tough—especially if you are not used to being a fan of romantic comedies. Need some help on your search? These titles below are our picks for the top romantic comedies to watch during date night.

Many romantic comedies show couples who are pretty dysfunctional or set up unreasonable expectations for romantic interactions. This is not one of those comedies. My Big Fat Greek Wedding is a film that shows a very loving couple who treats each other well facing a major culture clash.

Is it hilarious? Absolutely, and even though this film was made quite a while ago, it aged beautifully. That’s what makes My Big Fat Greek Wedding one of the best romantic comedies to stream on Amazon.

If you search for the funniest romantic comedies of all time When Harry Met Sally remains at the top of almost every list. This movie deals with two people who keep running into each other and can’t seem to agree on almost anything.

Of course, most people tend to recognize this romantic comedy for its iconic diner scene. You know the one, right? We’ll have what she’s having.

Date Night remains one of the best romantic comedies on Hulu right now, but it’s not the only one you can choose. This comedy is about a married couple that’s a bit bored with their relationship. So, they decide to plan a date night to bring excitement back into the relationship.

The problem is that a mistaken identity interaction kicked off a series of insane events. Can the Fosters survive this night in one piece? And more importantly, does this date night go well?

Did you ever feel like you were reliving someone’s life repeatedly? Palm Springs is a modern romantic comedy that actually takes that concept into high gear. This 2020 movie features a couple who is excited to be at a friend’s destination wedding.

Unfortunately for them, they’re stuck reliving the same wedding over and over again. The movie currently hails as one of the most-watched romantic comedies on Hulu. This thought-provoking flick stands up to its popular reputation.

If you’re an LGBTQIA+ couple, then you’re going to adore Love, Simon. This instant classic is a movie rendition of the smash-hit book Simon vs. the Homosapiens Agenda. The entire story follows 17-year-old Simon, a gay teen who hasn’t actually come out to say he’s gay quite yet.

He’s already fallen for one of his classmates through online interactions. The question, of course, is how he’s going to figure out who the heck he fell for? It’s a perfect take on a modern crush.

Back in 2003, Love Actually was one of the biggest box office hits of the year. It’s easy to see why, too. This romantic comedy features the tales of nine different people, all artfully intertwined with one another. Each story is a bit different, but the theme behind them all remains the same. It’s all about love!

If you are a fan of seeing love story after love story, you’ll understand why Love Actually remains one of the best romantic comedy movies of its decade.

People often think of Adam Sandler as the goofy manchild actor, but we forget that he actually had a pretty good run of decent comedy flicks that didn’t involve Waterboy acting. The Wedding Singer was a great example of his prowess as a rom-com actor.

This movie was a classic because it involves so much 90s camp. In it, a wedding singer lost hope in finding love after being left at the altar by his fiancee. When he’s helping out a client with her wedding, it seems love may have found him anyway. It’s unrealistic but still a sweet option.

Sometimes, you might not be in the mood for a movie that’s a full-on romantic comedy. Or rather, you might want to have a movie with a lot of romance alongside some weird fantasy humor. Here, Sandler plays Nicky—the son of Satan.

Nicky and his pet hellhound have to travel up to earth to save Satan from his other sons. He meets a gorgeous human who becomes a major help to his quest during that time. It’s the perfect pick for people who dislike typical rom-com plots.

The 1970s were a strange time in movie history, but it’s definitely clear that there were some serious hits worth checking out. Harold and Maude remain one of the most iconic love movies ever made because they were unique.

In it, Harold, a suicidal youth, falls in love with the bright and vivacious 79-year-old Maude. The two of them adventure together, giving Harold a new lease on life. Though the end is a bit of a tearjerker, this poignant cult classic is always worth watching.

Based on a book by the same name, Just Like Heaven takes the romantic comedy genre to a paranormal level. Heartbroken and recently widowed, David Abbott just moved into a new apartment. Problem: it’s haunted by a girl named Elizabeth.

With the help of an absent-minded psychic, Abbott starts to realize that he’s falling in love. But, how can a love between a living person and a ghost exist? It’s funny, a little tearful at times, and also a bit strange. You’ll love it.

Are you looking for an international film with romance, a new culture, and a little bit of realism? You might want to check out The Royal Hibiscus Hotel. This features a young chef who’s trying to breathe new life into her parents’ ailing hotel business in Nigeria.

Things get complicated when it’s revealed that her parents want to sell the hotel to a handsome investor. She’s starting to cook up more than cuisine, and trust us when we say you’re going to be ready for an extra serving of drama within the first half-hour of this film.

Dramedies started to break ground in the late 2010s, and Crazy Rich Asians were one of the most trendsetting. This romantic dramedy focuses on the struggles that can happen when a woman tries to marry into old money—especially when it involves a disapproving family on the flanks.

As one of the few films to involve a close look at Asian culture, Crazy Rich Asians is a remarkable film for both its whirlwind romances and its stark realism when it comes to having in-laws who don’t agree with you.

This is a movie that definitely has a strange beginning. It is a fictional film based on a self-help book by the same name. The film follows a bunch of friends living in Baltimore, each dealing with their own issues in the modern dating scene.

One girl wants commitment from her partner but can’t seem to get it. Another got sick of waiting by the phone for a guy who’s just not calling, while one more seems to be unable to attract anyone who’s interested in her romantically. What’s going on here?!

Based on the comic book series, young Scott Pilgrim has found the girl of his dreams: Ramona Flowers. There are only two major problems moving forward. First, he’s already dating someone. That’s easy to deal with, but the bigger issue is that Ramona has seven evil exes he must defeat.

This film is the way “over the top” for what it is, but it’s a remarkably good flick because of that. If you want an offbeat rom-com, then this remains one of the top romantic comedies to watch with friends.

In a freak accident, cheerleader (and totally straight) Megan gets mistaken for a lesbian in her school system. Her parents send her to a conversion camp, where she meets Graham and instantly falls in love.

This might not sound like a rom-com, but it is. And more importantly, it also is one of the first movies to broach the subject of homosexuality and the discrimination faced by the LGBTQIA+ community. Even if it seemed a bit dated, it’s a great movie to prove that being gay is totally okay!

If you’re looking for some romantic comedies for date night, then this list is a great start. Consider movies that bring you and your partner closer together! Movie nights are a budget-friendly way to connect through laughter and tears–or maybe a little bit of both.

Ossiana Tepfenhart is a writer with over ten years of experience in the relationship world. She enjoys cooking and hitting up her local nail salon. A graduate of the school of hard knocks, Ossiana's relationship writing has been featured in major publications like YourTango and MetNights magazine. They have appeared on countless podcasts and radio shows thanks to their unique takes on what it means to be in a relationship in difficult times like these.