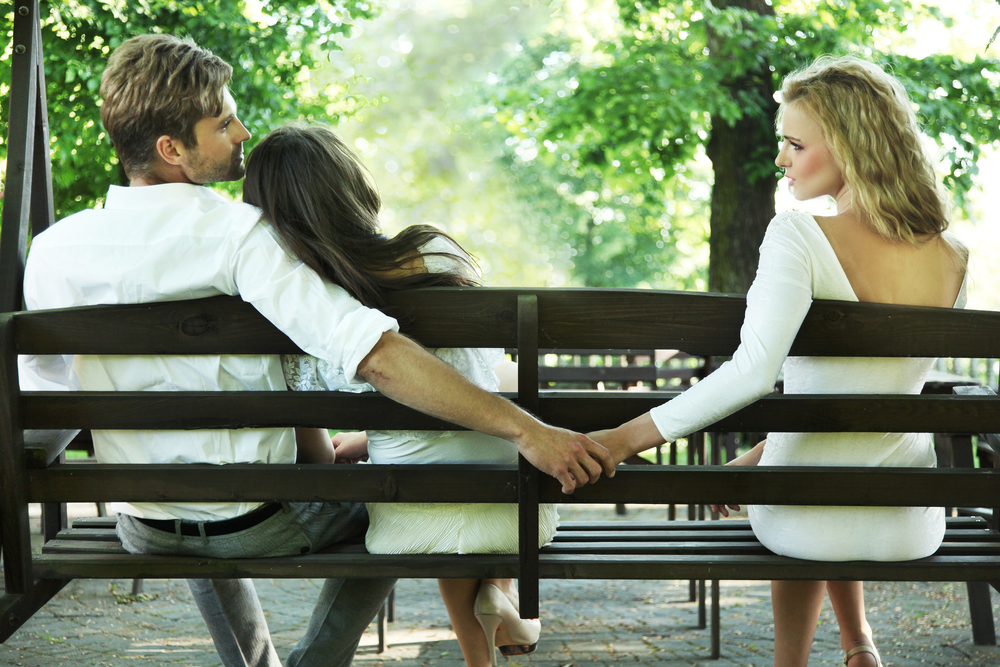 When it comes to romantic relationships, the term “cheating” may be frightening. We are all used to this dreadful reality. It may have occurred to our parents, friends, or ex-lovers. While falling in love is a great experience, it can also be risky.

A person must gradually learn to trust someone before having that confidence shattered by the person they least expected could betray.

Here are some red flags that could show that your boyfriend is cheating.

Your formerly attentive lover no longer seems to look straight into your eyes. Because he isn’t paying attention, you find yourself repeating yourself. He has problems carrying on a conversation and is always gazing over your shoulder. If he is cheating on you, he will have distanced himself from your relationship in various ways.

We should always strive to offer our spouses the attention they need to be happy since love should always be unconditional (to a reasonable extent). Being “at the moment” and paying attention to your partner should not seem to require conscious or purposeful effort. Given how much time you like spending with them, it should be straightforward.

Even though your partner has behaved in this way in the past, he is doing it less often these days. He suddenly stopped wanting to spend time with you, but you can’t pinpoint when. Something is continually stopping him from paying attention, prompting him to cancel dates or depart your home early.

He may claim that it’s his demanding schedule, but you know that neither his interests nor his area of work has changed much. What exactly is it that is preventing him from paying attention, and why is it more vital than you?

He Seems to Be Quite Busy All of The Time

You may know everything about his life, from his goals to his everyday obligations. If he is still in school, you are familiar with his courses; if he is working, you are familiar with his normal job obligations. However, everything seems to be in excess these days. He is either enrolled in courses taught by slave-driver academics or is continually dealing with a problem at work that he must address on his own. At least, that’s what he claims.

When you ask for more information, he will either give you a long, thorough explanation or get embarrassed and declare he is too stressed to speak about it. However, your intuition tells you that the most likely possibility is that he is out with another lady while claiming to be busy.

He Clashes with You About Small Matters

Nobody’s relationship is flawless, and those who claim they never argue or disagree with their partner are deceptive. Arguments of all sorts are frequent in relationships, but in the end, both parties should strive to better understand each another.

However, it seems your boyfriend disagrees with you more often than usual, and the problems are small and insignificant. He might have created a quarrel with you over his belongings, or you could have battled about which Netflix movie to watch.

There might be a million tiny ways he is suddenly picking arguments with you, something he would never have done previously. He may be attempting to break up with you by being a lousy partner because he’s been cheating on you, or he may just be weary of you because you’re so bothersome.

A Big Change in Routines

It’s tough not to get accustomed to your one and only boyfriend’s routines and habits, so it’s understandable to show concern when they quickly change. Is your partner now acting in a whole new or different manner?

His time is no longer as clear to you as it once was. You could also start liking new clothes or perfumes all of a sudden. When probed, he seems furious and upset, as if everything is okay and you are mad. The chances of him wanting to spend his “free” time with you decrease if he is seeing someone else.

He will feel less of a need to face his guilt about his affair the shorter time he spends with you. He wants his friends and coworkers to avoid associating with him since he knows the relationship is failing. You could use GPS tracking to determine his sudden change in routine to catch your boyfriend cheating.

He’s Changed the Way He Talks About the Future

If he used to discuss the future and say “we” but now just mentions his personal goals, it’s a red flag. Even if he claims that he did not intend for his reasons to be selfish, he may be concealing his tracks.

But don’t get me wrong. A relationship will never be as passionate as it was in the beginning. That was certainly the most heated period of our lives. However, as we age, we tend to connect and bond more strongly, which develops greater trust. There comes a time in your relationship when you feel safe telling your partner everything.

If your partner seems less dedicated to you and more distant, this might be a warning flag. It’s an obvious sing that he’s retreating because he feels guilty. Also, their attention could have changed to the individual with whom they’re having an affair.

You Learn That He Has a Hidden Phone Number

It is critical for couples to keep their privacy. In any case, you all have your own life, social groups, and hobbies. If you can’t access their phones or laptop, it’s not always a symptom of infidelity. In reality, firm boundaries distinguish between good and toxic relationships.

Having a desire for anonymity online or on private calls is understandable. However, the fact that so many social media profiles of him exist suggests a possible problem.

Coming up with a plan of action when you suspect your partner is cheating is difficult. These signs will assist you in confirming your suspicions, which is the first stage. Some of these characteristics can be from someone who is not a cheater. He may not speak because he is busy with work or a business concern. It is, therefore, risky to pass judgment without sufficient evidence.

If everything is in order and your gut feeling turns out to be true, the next step is communication. You must determine if your boyfriend deserves a second opportunity but be aware that doing so will again put your mental health in peril. He could also pretend to have changed, but in reality, he’s only changed his cheating ways. First, prioritize yourself, and then heal. Instead of rushing, seek assistance and relationship advice from a professional. You may consult a friend, a family member, or a therapist. Just remember to have self-respect and recognize when to let go.

How can I find out if my boyfriend is cheating?

If you’re worried is your boyfriend cheating on you? There are a few things to keep in mind. First and foremost, look for all the signs that suggest he’s cheating.

These could all be signs that your own relationship is heading down a different path than the one you had planned.

If these clues don’t help you determine if your boyfriend is cheating on you (or even just seeing someone else), then it’s time to get more invasive. This means checking his phone, computers, and other devices for evidence of cybercheating. You should also ask him directly about any changes in behavior or social media use.

Is He Cheating, or Am I Paranoid?

Paranoia is different from the suspicion that arises from a partner’s unexpected change in conduct. A person who is cheating may seem defensive or distant toward their spouse. A new woman’s name text messages can start showing up on their phone, or maybe it’s simply your gut telling you something is up. There might be a number of causes, but it’s crucial that you let your spouse know how you feel. Infidelity is not always to blame when there is a change in the dynamic of a partnership.

What are the First Signs of Someone Cheating?