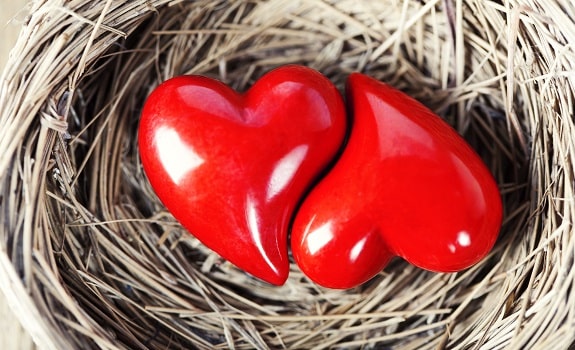 Once a day, Mother Nature drags her paintbrush across the sky, imprinting radiant hues of purple, pink, and orange onto an expansive canvas.  The sun retires from a long day of work, while the moon awakes amongst the stars.

Dusk transitions the world from day to night and is made possible by the existence of the sun and moon.

Chinese philosophy explains this phenomenon as the Yin-Yang Theory. But did you know that this theory can also applied to love and relationships? Let’s take a closer look at the connection between the two. 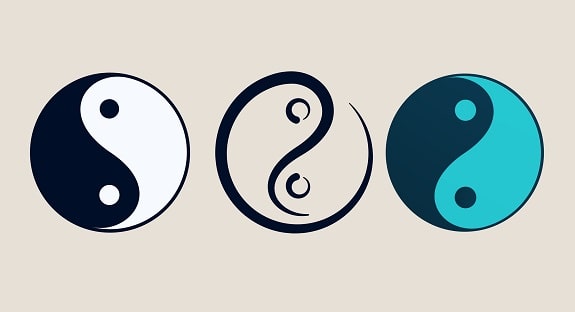 The Yin-Yang Theory derived in sixth century BC from Taoism, a Chinese philosophy stressing balance and harmony with Tao, or “the way.”

The Yin-Yang Theory teaches that nature is composed of various forces, vibrations, and energies that give way to everything else in the universe. Yin is defined as shadow or darkness, while Yang means light.

Significant concepts teach that opposing forces are comparable to each other, inter-reliant, and transform in cyclical fashion.

Furthermore, the Yin Yang Theory stipulates that opposing forces in the universe need to be in perfect balance to achieve a state of harmony.

Energies need to be comprised of symmetrical parts, culminating together into a unified whole. Interestingly, Chinese legend teaches that Yin and Yang developed from the same disarray that created the universe.

It is believed that elements united, allowing Yin and Yang to form the center of the earth.  The birth of the gods and the first human arose when Yin and Yang achieved harmonious balance.

Chinese mythology teaches that Yin and Yang continue to exist in harmony at the center of the earth. You will soon discover that this same harmony and balance is present in many health loving relationships.

The small dots are representative of the idea that every force contains a “seed” of its opposing force.

What Yin and Yang Represent 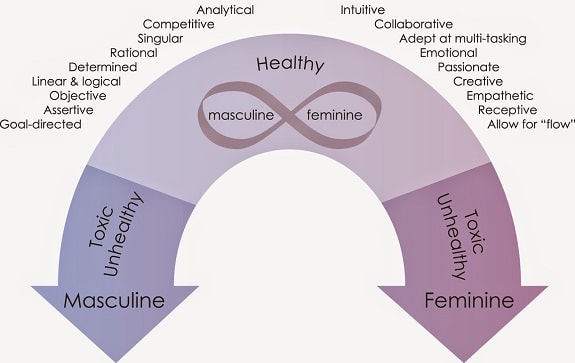 Yang represents a masculine force travelling outward, is left brain dominant, and is associated with heat, sunlight, summer, and daytime. Yang is extraverted, goal directed, adventurous, and displays courage and determination.  Yang is reasonable, methodical, controlled, and linear in thinking

Yin and Yang represent a balance of intellect and emotion.

Taoism teaches that all individuals have aspects of Yin and Yang, with one usually being more predominant. Yin and Yang are not specific to gender, as males can display more Yin characteristics, and vice versa.

Shrewd and adaptable individuals steer through Yin and Yang and learn from both forces to achieve harmony and balance within the universe.

Another Chinese philosophy, Feng Shui, believes that an individual’s personality is either indicative of Yin Yang balance, or imbalance in the body. This philosophy also theorizes that an imbalance of Yin or Yang can result in various physical, medical, psychological, or psychiatric ailments.

In fact, an excess of Yin can lead to depression, compulsivity, indifference, weight gain, and oversleeping, while an excess of Yang can result in aggression, violence, headaches, insomnia, hyperactivity, and addiction.

An excess of Yin energy can result in a loss of direction and blurring of boundaries, while an excess of Yang can lead to staunch rigidity and control.

As you can imagine, either scenario can lead to damaging the love in your relationship. 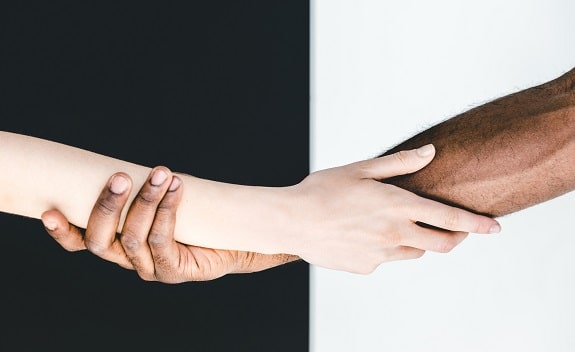 “You are the peanut butter to my jelly”, “the macaroni to my cheese”, “the Yin to my Yang”. Have you heard these popular sayings before? Throughout time, couples have playfully teased each other with sentiments such as these.

A strong parallel exists between the Yin and Yang philosophy and between romantic love and relationships. Both concepts are comprised of differing parts that blend together to form a larger, unified whole.

The opposing male and female genders are relative to each other, cannot exist without each other, and portray interchangeable qualities. In short, you can’t have Adam without Eve!

The maintenance of balance and harmony are critical to preserving healthy equilibrium among forces and elements in the universe, similar to the equality and stability necessary for synchronization in relationships.

The Taijitu, or Yin Yang symbol, depicts a small piece of opposing forces within itself, which is also true of relationships.

It is commonly believed that the unconscious and subconscious mind leads individuals to a specific type of partner, who is theorized to fulfill the missing pieces within them.

The Taijitu perfectly depicts this notion, as each force contains a small seed of its opposing force.

Similar to Yin and Yang, relationships are fluid and ever changing.  Both forces and partners need to continuously transform together to preserve the unified whole.  Growth and change need to be done simultaneously in relationships and are mirrored within Yin and Yang.

If equality, balance, and harmony are not achieved, a relationship is destined to fall apart, as one force becomes dominant over the other.

An excess or shortage of a quality or action defies balance in a relationship, such as too much self-centeredness, or not enough compassion and understanding.

Humans are flawed, but can be strengthened and enhanced when joined together.

How Yin and Yang Are Expressed In Relationships

All individuals have facets of Yin and Yang energy intertwined with their personalities and Taoism believes that the happiest are those who can successfully navigate and learn from Yin and Yang theory.

Some aspects of Yin and Yang are exhibited more strongly within certain individuals than in others. Interestingly, Feng Shui philosophy professes that an individual’s personality is indicative of how Yin and Yang balance within the body.

Chinese philosophy believes that the universe will ultimately balance out positive and negative forces, while individuals simultaneously strive for balance within themselves.

A partner dominant in the Yin facet would portray qualities of intuition, emotion, calmness, and composure, while a Yang dominant partner would depict characteristics of courage, adventure, determination, and ambition.

In a relationship, the Yin dominant partner would express themselves primarily through open communication and would not be afraid to show their emotions.

Verbal communication would not be as comfortable to a Yang partner, who would be more likely to depict their feelings in actions and goal directed endeavors.

Do you now see the connection between yin yang theory and how it can be applied to love and relationships?

You see, once an individual can identify whether they are more Yin dominant or Yang dominant, they can effectively evaluate compatibility with their partners and the balance within their relationships.

A lack of balance signifies difficulty and the potential demise of a relationship. Two Yang dominant individuals would likely have difficulties communicating from the heart.  They would act without thinking, lacking the introspection and patience to fully assess situations.

They would have difficulty to acquiesce or step down from a challenge, as neither would want to lose. Ultimately, they would constantly compete for dominance within the relationship, thus fostering an environment of conflict and fury.

Excessive Yang energy results in rigidity and a dictatorial environment. Contrarily, two Yin dominant individuals would talk, assess, and consider, without ever being able to firmly take action.

They would portray a passivity and introversion that would limit their confidence and ability to proceed forward with their decisions. Their union would become boring, as neither partner would be comfortable enough to challenge the other.

Too much Yin energy culminates in a loss of limits and direction.

A relationship with a Yin dominant and a Yang dominant personality would balance talking with action, intuition with impulsivity, peace with adventure, and timidity with dominance.

Partners are aware of strengths and weaknesses within themselves and within their relationships, with a strong commitment to growth and improvement.

Partners nurture instead of exploit each other’s weaknesses, while assisting them in their individual development.

It is often the case that partners are strong and adept in the very areas where their partners are weak, satisfying the notion that the whole is stronger than the parts. 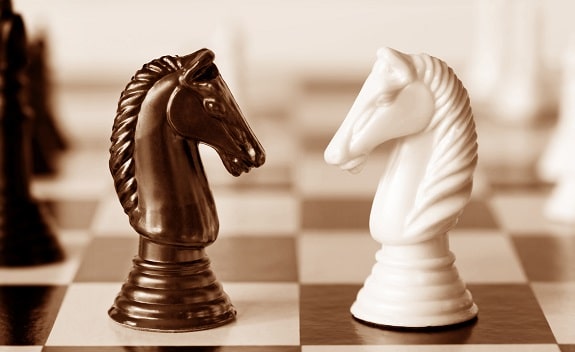 Scientists have extensively studied and researched whether similarities or differences between partners can predict the overall success of a relationship.

Several studies have concluded that “birds of a feather” do “flock together” and that successful relationships result from like-minded partners. These studies profess that “opposites attracting” is a myth, as disharmony results when values, interests, and viewpoints do not match amongst partners.

They conclude that compatibility is key, as change is difficult, unlikely, and unpredictable.

Chinese philosophy and Yin Yang theory disagree with compatibility theories, as it is believed that balance and harmony can only be achieved when opposing forces are present.

Individuals gravitate in an unconscious fashion towards certain partners to satisfy their unfulfilled needs and desires from childhood, thus fulfilling the “seed” within themselves.

Opposites strengthen each other’s weaknesses and allow for growth.

Other theorists believe that relationships with opposition create tension, thus giving rise to the type of passion and intensity to sustain long-lasting relationships.

Yin Yang theory acknowledges that some similarities and commonalities need to exist to foster stability.

Yin Yang theory stipulates that similarities exist in the shape and arrangement of forces in the universe.

In relationships, this can be interpreted as communication, which can present in various forms.

What We Can Learn From Ancient Chinese Philosophy

Ancient Chinese philosophy educates about the importance of balance and harmony amongst constant change and flux.

The only constant in life is change, which will undoubtedly bring about positive and negative outcomes.

If the scale of life becomes too negative, or too positive, we become unbalanced.

A negative outlook breeds darkness and depression, while an excessively positive outlook is unrealistic and ignores the negative.

Like life, love is in constant flux and needs to re-calibrate simultaneously with individual change.

Chinese philosophy encourages individuals to decipher positive and negative forces within them to achieve harmony and balance.

Taoism teaches that one must learn from Yin and the Yang to prevent a fight with the universe, or a fight within them.

Yin Yang theory encourages individuals to put their partner’s needs above their own, as balance will occur effortlessly and simultaneously if conducted in this manner.

Yin Yang theory depicts that flawed opposites can become a unified whole when joined together.

Taoism highlights the importance of maintaining individuality, concurrently forming the relationship, and asserts the notion that the whole is always superior to its parts.

Individuals benefit when they accept their own Yin Yang energy, while having respect for opposing energies.  This acceptance is necessary for satisfying relationships and a fulfilling existence.

How To Find Balance In Your Relationship

Finding balance in relationships is attainable if both partners are dedicated, committed, and willing to put in the work.

It is important for individuals to assess and understand where imbalances in their relationship originate and occur.

Additionally, individuals need to be introspective and honest with themselves regarding the level of balance or imbalance within themselves.  If individuals are unhappy with their “part”, the relationship cannot attain a harmonious “whole”.

Although the Taijitu portrays a perfect circle, flawless symmetry, and seamless flow, perfect love does not exist.

At the end of the day, humans are flawed, change is unpredictable and relentless, and relationships require constant work and maintenance.

No matter how much balance is achieved in yourself, your relationship, or in the universe as a whole, it is only temporary and fleeting.

To maintain continuous harmony, one must muster up all the Yin and Yang energies that they can and keep doing their “parts”.