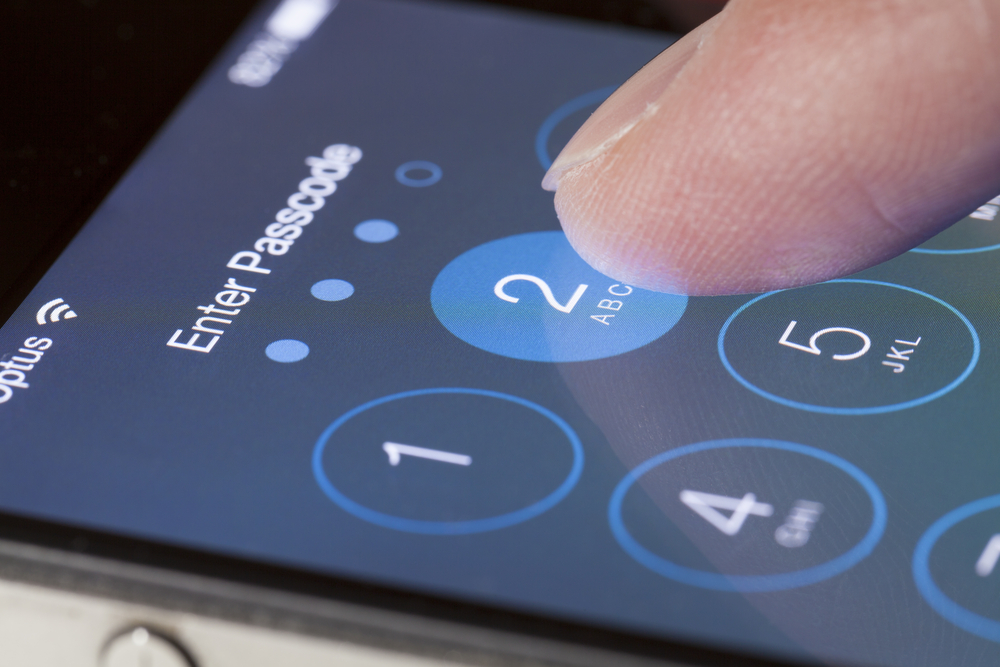 Many relationships today fail as a result of privacy violations. Now more than ever, people spend most of their free time on their phone screens. Almost everyone’s phones have more sensitive information than just selfies of nights out. There could be anything from explicit conversations about past relationships to a private journal.

With so much information on our smartphones, it’s understandable that people wouldn’t want others accessing their devices. When in a relationship, it’s crucial to respect your spouse’s boundaries.

This article will teach you why it’s prudent to maintain privacy in a relationship while still allowing each party to have access when needed.

Why Should You Respect Your Partner’s Cell Phone?

It Could Strain the Relationship

When one is in a relationship, one should have respect for the other person’s privacy.

Some spouses read texts, and some even proceed to monitor their lovers’ whereabouts. Just because you can see that your partner has left their phone behind doesn’t mean you should open it. Doing so could strain the relationship if one of you feels that they are being monitored.

Spouses sometimes lock their devices to keep you from peeping at things they wouldn’t want anyone else to see.

Regardless of how much you love someone, there’re things that you’d rather not disclose to them. It could either be an embarrassing past or just work-related stuff.

Privacy is something that all should respect. Hacking a phone, social media pages, and tracking someone’s phone, all qualify as privacy violation examples. One should never do any of these things unless their partner permits them.

It Could Keep You From Drawing the Wrong Conclusions

Whether your partner agrees to it or not, it’s still not a good idea to check their phones without authorization.

It’s entirely possible to read a text message and completely misinterpret it. Doing so might cause you to overthink and even get stressed.

You should avoid making assumptions about what’s happening or where your spouse is during certain times of the day. Sometimes one can assume too much and make mistakes based on what they’ve read and seen.

How Do Cell Phones Affect Relationships?

While snooping is terrible, there are several possible motives for doing so. Cell phones have the potential to ruin any union.

When spouses notice you spend too much time on your screen, they’ll be curious to find out what you always do. These are among the numerous ways via which cell phones affect couples.

They Serve As a Distraction

Trust is a critical component of any relationship, especially romantic ones. The lack of trust that occurs in the presence of a cell phone becomes more significant when your spouse spends too much time on their screens. Anonymity can create a devalued feeling, leading to lowered self-esteem and overall emotional well-being.

Cell phones also distract from other fundamental aspects of a relationship.

For example, being too glued to your phone screen can cause couples to become emotionally disconnected. Disconnection normally happens when a partner’s attention gets divided between their mobile device and other activities, such as driving or watching television.

It can, in turn, lead to a feeling of numbness and disconnection from the world.

Nobody wants to feel their partner’s life revolves around their phone. It’s no wonder these behavior patterns tend to have adverse effects on a couple’s relationship quality.

It Hinders Effective Communication Among Partners

Today, more than ever, there is an increase in the amount of time people spend communicating by phone when they are still in a relationship. People often communicate via text messages or emails because they feel it is more private.

This tendency to get glued to a phone’s screen escalates when individuals begin using their phones to communicate with others outside their primary relationship.

Cell phones are disruptive because they can severely limit someone’s ability to communicate in person. Communication is one of the biggest aspects of relationship success. Spending too much time on the phone though may make partners feel like their significant others are becoming more distant. This trend inevitably brings about a feeling of dissatisfaction in the relationship.

It Makes It Easy to Avoid Your Spouse

Cell phones also serve as an excuse for partners not to talk face-to-face or spend time together.

The more time we spend on our phones, the less time we have for one another. When this happens, it will be less likely to create a lasting bond between you and your partner.

It Makes a Relationship Dull

There’s an emerging tendency to rely more heavily on emailing or texting people rather than speaking to them directly. Over-reliance on these devices may make you miss out on many exciting experiences with people around you.

You can do many things to protect your personal information and privacy from your partner. The most important thing is not to keep anything on the phone that shouldn’t be there. Here are some tips to aid you in increasing your privacy:

The first rule of cell phone use is to put it away when you’re not using it. It is a rule of thumb for most people, especially couples. It’s natural to want to know everything’s fine, but your partner should always respect your privacy.

No one wants to worry that they will catch something they shouldn’t see. Always ensure you have a password or other security configurations before letting anyone use your phone.

Wipe It Off Weekly If Possible

It’s important to balance between having your cell phone cleaned regularly and keeping your partner from snooping around.

You’ll always be jumpy and uneasy if you constantly worry about someone catching something “embarrassing” on your phone. Being jumpy is a red flag and might cause your partner to become even more curious. You’d rather clean your phone and risk being safe rather than sorry.

Displaying a careless attitude about your phone can often be more effective than having a strict password to keep it away from others. A carefree nature will make you appear to be someone who doesn’t have anything to hide, which is much better than being defensive.

Keeping pictures and other sensitive data on your phone can become a problem if you’re in a relationship with someone who constantly suspects you’re hiding something.

If you have persistent fears of catching something out of the ordinary, deleting sensitive content from your cell phone storage is a safe option. Having it there for someone else to find will land you in trouble.

Pictures of your sexual conquests and other sensitive data can damage a relationship. It’s equally as damaging if someone in your life keeps seeking to see something you’d rather they don’t see.

Don’t keep anything on your cell phone that would prompt someone to become curious. Delete any incriminating images and videos from your phone storage so they are not sent to anyone.

Your cell phone can and will be accessible by your spouse from time to time. It’s, therefore, crucial to keep it inaccessible when people aren’t around. Even with a freshly wiped phone, your partner may still be able to view a text message from someone other than yourself.

Keeping your phone unlocked can damage a relationship, depending on the situation. Therefore locking your phone is an essential step for everyone involved.

Don’t try violating their privacy if you love someone and want to show them how much you care. The two of you likely have different ideas about privacy in a relationship.

Some spouses may feel they need more than just the two of you sharing secrets to be completely private. Other people feel more secure having complete access to their partners’ stuff. Each situation is different. If someone wants privacy, respect that and do what you can to keep their information safe.

1. Should Partners Be Permitted To View One Other’s Phones?

Is It Ever OK, then? The gist is this: In general, it’s not acceptable. In addition to being an invasion of privacy and a betrayal of trust, it’s frequently fruitless: You might search around and find nothing, in which case you’ll feel foolish. You might exaggerate a modest, innocent thing that you find.

2. Should Engaged Individuals Have Phone Passcodes?

Yes. With so much personal information on mobile phones, both partners should have passcodes.

3. Should I Let My Wife Know My Passwords?

4. Is It a Good Idea For Couples to Receive Each Other’s Phone Calls?

It depends on whether couples agree to it or not. If your spouse isn’t comfortable letting you receive their phone calls, don’t.