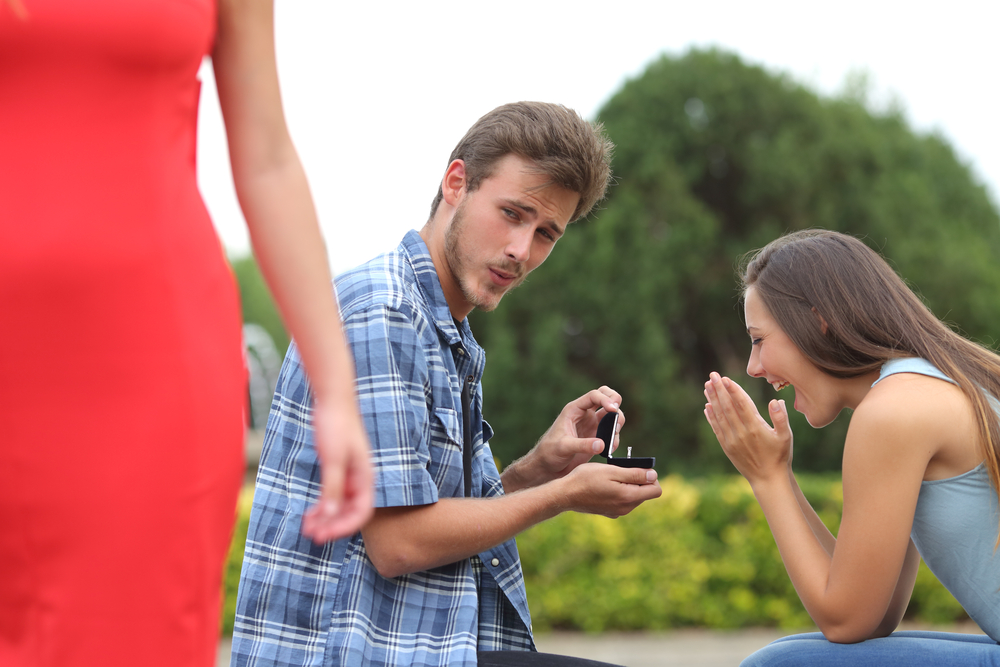 Both men and women cheat, although for different reasons. And they often provide a variety of reasons for their actions. However, there’s a prevalent assumption that men have a natural propensity for infidelity. Men make several justifications to validate their cheating behavior, but it doesn’t mean they aren’t worth questioning. Here are eight key reasons why men cheat:

He Wants a Breakup

A woman may think that the relationship or marriage is wonderful. However, the man may disagree but lacks the courage to tell his partner. One of the reasons why married men cheat is because it works as a motivator for transformation. Some individuals need this drive to exit problematic relationships. Consider it the apex of the “it’s not you, it’s me” fallacy.

If your relationship is unhealthy, you are more likely to place yourself in a position where infidelity may occur.

People who show dedication and satisfaction in their primary relationship will avoid situations such as having a happy hour with that attractive new accounting colleague. There is an issue if he frequently chooses to participate in dangerous circumstances.

Get your mind out of the gutter; we’re not discussing sex behavior. It is the accumulation of a succession of little deeds performed over time. For instance, his spouse hadn’t complimented him in a long time, but maybe someone liked his new hairstyle.

Perhaps there had been fighting for many weeks. It’s possible that the last time he and his partner laughed together was a long time ago. He may also feel ignored, lack sexual satisfaction, or he’s in a sexless marriage. Whatever the cause, there is a flaw in the relationship that has exacerbated the emotional distance. And instead of confronting the issue, one’s mind drifts to another individual.

However, he must also be a communicative partner. It is not your responsibility to read his mind. If he has difficulty expressing his aspirations and ambitions, he may need the assistance of a therapist to determine why.

Men cheat because they lack the maturity to devote the time, dedication, and effort necessary to address the root causes of their relationships’ problems. At least some of them. These men often engage in acts that are detrimental to their families, significant others, and themselves.

People cheat when they have a strong predisposition toward carelessness. Men who are considering having an emotional affair should consider if it is worth hurting or maybe losing the people they profess to love the most.

Anxiety and depression symptoms occur in everyone at some point in their lives. The question is whether they are the source of cheating. A guy may cheat if he feels lonely in his relationship, undermined in some manner, or irritated with his spouse. However, knowing that lying exacerbates already existing sadness and concern is critical. He may opt to pursue another woman to drown his sorrows.

He Has Psychopathic or Narcissistic Traits

Most men don’t just have the intention of lying to or hurting their spouse. They may be egocentric, have a personality condition, have childhood trauma, or generally show narcissistic traits. They are in charge of dealing with whatever the cause is. This guy will injure every love partner he has till this occurs.

A dishonest person may have trouble with empathy. They do not consider how their decisions will affect the individuals they care about. You must be wary of such people since you might end up hurting yourself so much.

He Has Sexual Problems

Research shows that men prone to erectile problems are more likely to commit infidelity. Everything boils down to a need for approval. Is he any less of a man since he can’t be better with his significant other? Seeking a sexual relationship with a new person is a simple method to deal with feelings of inadequacy.

He May Be a Sex Addict

True sex addicts are pretty uncommon. Dopamine receptors, the brain’s pleasure center, are usually stimulated during sex. It may also be addictive, similar to dopamine-enhancing medicines such as cocaine or heroin. For some individuals, sexual desire may activate dopamine more than other stimuli.

Perhaps, He is Experiencing “Second Adolescence”

Do you get the impression that your boyfriend constantly refers to you as his mother? Is he attempting to avoid you by staying out late? Unfortunately, this is a possibility, and it may result in wandering. Some guys cheat because they are having a second childhood.

They “parent” their spouse by working behind their partner’s back and breaking the “guidelines” of a committed relationship. These second-generation children demand a reassuring presence at home while desiring seclusion and individuation.

Many men may begin to feel elderly and concerned that there’s a limit to their days of adventure. As a result, men want a spouse who will restore their feeling of vigor and freshness. Male egos need massages.

Men cheat believing they are the most stunning after each new “conquest.” But the moment the new conqueror complains about anything, his doubts resurface, compelling him to seek another win. Because of this, men lie. On the surface, he seems confident and even pompous. He is, nonetheless, driven by low self-esteem.

He May Not Support the Concept of a Monogamous Relationship

Some individuals believe that monogamous partnerships are impossible. You could be dating someone who doesn’t consider themselves “naturally monogamous.”

When they claim this, they are most likely unable or unwilling to mate with one partner. They may be telling the truth; they may not be suitable for monogamy.

You may seek methods to enhance your relationship, as some individuals do after facing deception. However, there is a catch. Certain individuals, particularly those who are victims, may see an open relationship as purposeful infidelity. It is not open if the unfaithful party wants to continue the relationship.

It is not an open relationship if it provides nothing more than a pretense to continue seeing your affair partner. Infidelity contradicts the honesty and trust that serve as the bedrock of open relationships.

An Ex-Partner Came Back

Now that you are aware of the key reasons why men cheat, you must seek to preserve your marriage or relationship by addressing the basic issues. Obviously, you have few options if your spouse is actively seeking to split from you or damage you.

However, if you understand what a wonderful person your spouse is, you should work to strengthen your relationship and admiration for him. A relationship that provides him with all of these benefits and more is not something that a rational man would want to destroy.

Why do Guys Cheat Even If They Love You?

A guy might be unfaithful even if they care for their partner. They may behave this way if their emotional needs are not satisfied, they have poor self-esteem, or they have major difficulties in their relationship or their lives. They may find it simpler to cheat than to express their emotions.

What is the Main Cause of Cheating?

One of the most prevalent motivations for disloyalty is a sense of drifting away from one’s relationship. It doesn’t matter whether it’s online cheating or physical affairs. When your relationship develops into a routine, it may look like an opportunity to try something fresh and interesting.

Can a Man Love You and Still Cheat?

Your spouse most certainly loves you, has in the past, and will still love you in the future. Cheating in a relationship doesn’t mean that you never existed.

In reality, infidelity occurs in very happy relationships. There are no unique emotional or sexual needs that must exist to cheat on your spouse.

Why Would Someone Cheat on Someone they Love?

Cheating on a loved one might be a result of neglect, commitment, self-esteem difficulties, a lack of connection, or even retribution. Someone who has previously cheated is more likely to practice future infidelity, albeit this is not always the case. However, unfaithfulness does not necessarily indicate the end of a partnership. You can repair your sexual behavior and relationship after an affair.